It’s the beginning of March and I’m guessing that by now a lot of people who had made New Year’s resolutions have already thrown in the proverbial towel. How many of us have said that we were going to diet religiously, go to the gym more often or save extra money in the New Year? I know; committing to a goal is really difficult!

Try not to be discouraged; you can do it! There are steps you can take – right now – to stay motivated and increase the likelihood of your success. Why not make April 1st “the new January 1st” by implementing some of the following strategies: 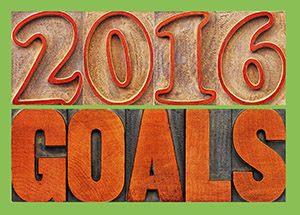 Get Positive. You need to frame your goal in a positive light. If you want to save more money, don’t automatically think of it as depriving yourself of what you like to do (i.e. spend money, which is pleasurable). Instead, focus on what that extra money will allow you to do: pay off a long-standing debt, buy a new laptop computer or take a much needed vacation, for example.

Put Pen to Paper. Write out your goal. Map it out, and be specific! Most importantly, build possible “set-backs” into the plan. If you are trying to save money, an unexpected car repair might set you back several weeks, but if you’ve already allowed for such set-backs, you won’t get discouraged and give up on your goal prematurely.

Set It Then Forget It. Can you set up a plan that runs on automatic? If you want to save $50 a week, can you have that amount automatically transferred into a savings account without having to remember to do it ? (This also removes the temptation to spend the $50 on something else!)

Tell It On the Mountain. Share the goal with your spouse or a trusted friend. If the goal doesn’t involve your personal finances, you might want to blog about it or mention it on social media. This has the effect of holding you accountable and makes it more likely that you will achieve your goal.

Now, if your New Year’s resolution was to get a second opinion on your investments, or to put a financial plan together for your retirement, I can add one more goal-setting strategy to the list above: Come in to see me! I’ll be more than happy to help you reach either of those goals in 2016.