How Is Your Self-Control?

An interesting article I read recently said that, if given several thousand dollars, the majority of people studied would put at least some of the money into an account where they would be penalized for taking a withdrawal. One study showed more people allocated money to an account that allowed no withdrawals over accounts that had lesser penalties of just 10 and 20%. That’s good news! It means that people really are aware of their spending weaknesses and vulnerabilities, and they are willing to take steps to protect themselves – from themselves! 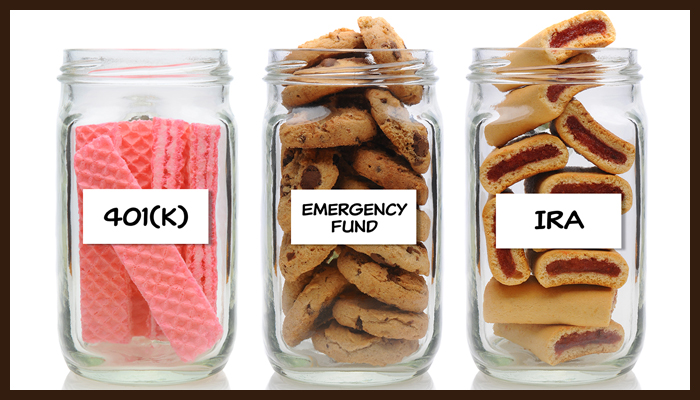 The concept of penalties for withdrawals is similar to what the government imposes for taking money early from employer-sponsored 401(k) accounts. In many cases, if you withdraw money from a 401(k) before you turn 59 1/2, you will pay a 10% penalty in addition to the income tax due on those monies. Why? The government knows the hefty penalty is a good incentive to keep the money in the account. If the money leaves the account early, it can’t do its work to provide for your financial needs in retirement . . . and that’s what it’s there for!

So here’s a challenge. Let’s say you would like to start funding a cash emergency account (which is a very good idea, by the way!). A well-funded emergency account can get you through difficult times when, for example, the a/c unit breaks, the car needs a new transmission, you are injured, hospitalized or lose a job. Take a moment to think about the “penalty” you (or a spouse, relative or good friend) could levy and enforce if you were to recklessly withdraw money instead of saving it for this important purpose. [It’s not unlike self-imposed penalties when dieting. Those three chocolate chip cookies will mean an extra 30 minutes on the treadmill!] Self-control, as it relates to your finances, is a great quality to have. The discipline to save and let your money grow over time is, in itself, a grand reward. For those who need a little help in the discipline department, saving is certainly worth the effort, and help from a financial professional is only a phone call away. Whether it’s an emergency account or a 401(k), when you eventually have an urgent need for those dollars, or you finally arrive at retirement, you’ll be very glad you kept your hands out of the cookie jar!