Financial myths can get in the way of sound planning and intelligent decisions. This column is the first in a series to debunk the ones that often trip people up:

“China and other foreign nations have the United States ‘over-a-barrel’ because they hold a lot of U.S. debt and can “call it in” anytime they want.” 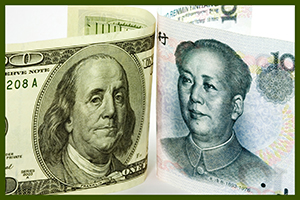 False. While it is accurate that China owns about $1.3 trillion of our $18 trillion national debt (www.treasury.gov), they cannot demand their money back on a whim. Our nation’s debt is issued with specific terms and maturity dates. Let’s say that China decided to buy another trillion dollars’ worth of our 10-year treasury notes. Once purchased, they cannot demand payment from the U.S. Government until the maturity date. If a foreign government, or any investor for that matter, wants to cash in treasury bonds, they can sell them in the bond market. With all this said, it is certainly a valid concern that our country has so much debt. At some point, China and other investors will demand higher rates of interest on the money they lend our government. When that happens, it will become more difficult to borrow and taxes may have to be increased significantly. “The government can seize your 401(k) and other investments at any time.” False. Yes, our financial system could be overhauled and brought under tighter government control through legislation. The investments in your 401(k) could be replaced with an IOU from the U.S. Government – HOWEVER, this would be an extraordinary step and I believe politically unfeasible. More likely, the funds needed to meet deficits would be gathered by issuing more debt and raising taxes.   “Social Security will go bankrupt, so take it as early as you can.”  False. According to the Social Security Administration, monthly payments represent more than 50% of income for 66% of Americans age 65 and older. It is very unlikely that any politician will want to be on the wrong side of a vote that takes away a significant part of retirees’ income. There are steps that can be taken to maintain benefits: 1. Increase the age for drawing benefits from age 62 to 65; 2. Raise the maximum amount of wage income that is subject to Social Security taxation; and 3. Reduce benefits received by higher income taxpayers. Three myths down! I’ve found it is much easier to help my clients when extremely unlikely events are removed from the planning framework. Come back next week because there are still many more myths to be busted!