Have You Made Reading This Column a Habit?

Habits. We all have them! Most of them are wonderful, like making regular deposits to an emergency fund or 401(k), keeping a watchful eye on bank statements, or paying off credit cards on a monthly basis. Those are all great habits! But, what do we often focus on? The BAD habits, of course! 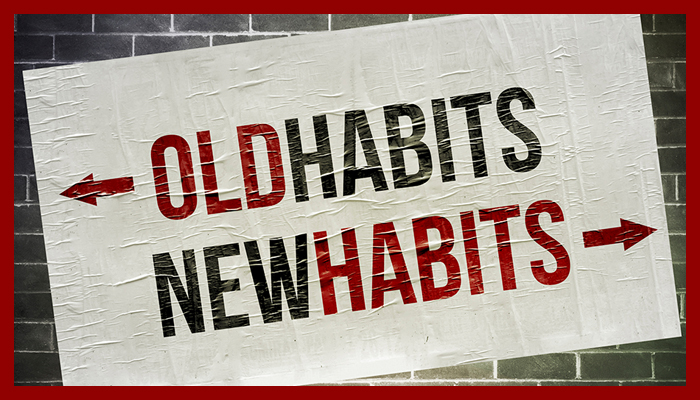 Coincidentally ... I recently read a post on social media about a gentleman, probably in his thirties, who was celebrating an anniversary of sorts. He said that several years ago he had decided to break a few bad habits and adopt some “good” ones. He went on to say that some of the changes “stuck,” like quitting smoking, but other habits, both good and bad, were simply modified over time (alcohol consumption, which he had initially eliminated, had, instead, been reduced significantly; exercise in the form of running was replaced by yoga). Even though I didn’t know this person, I wanted to congratulate him; he had obviously changed his life for the better.

How It’s Done. So, what if you have a habit that you want or need to “kick”? First, you must realize that habits are driven by environmental factors. To start, change the environment. You can’t eat a bowl of ice cream if it’s not in the freezer. If you are spending too much money online, especially with the convenience of “one-click shopping,” turn that feature off! Second, be mindful of your bad habit. Build in an opportunity to pause and wait before executing the habit. For example, you might ask a clothing store if they would hold an item for you overnight. If it is still top-of-mind the next day, you might consider the purchase; if you have forgotten about it, it wasn’t needed after all and you have saved the money you would have spent! Re-write. Reboot. Dr. Art Markman (Professor of Psychology and Marketing, University of Texas) shared a great analogy with me during a recent radio interview about this subject. Habits are memories. Like a hard drive on a computer, you never really “erase” the data, but you can overwrite it. The same thing can be done with habits. Replace one behavior with another and re-associate your environment with that new behavior!

If you are trying to kick a bad habit, the best of luck to you. If that bad habit has to do with your money, all the more power to you! (Oh, and if you haven’t met with your financial adviser lately, an annual meeting is a good habit to get into!)