Are higher interest rates coming? Yes. How much and how quickly? I don’t know, but consider the following. 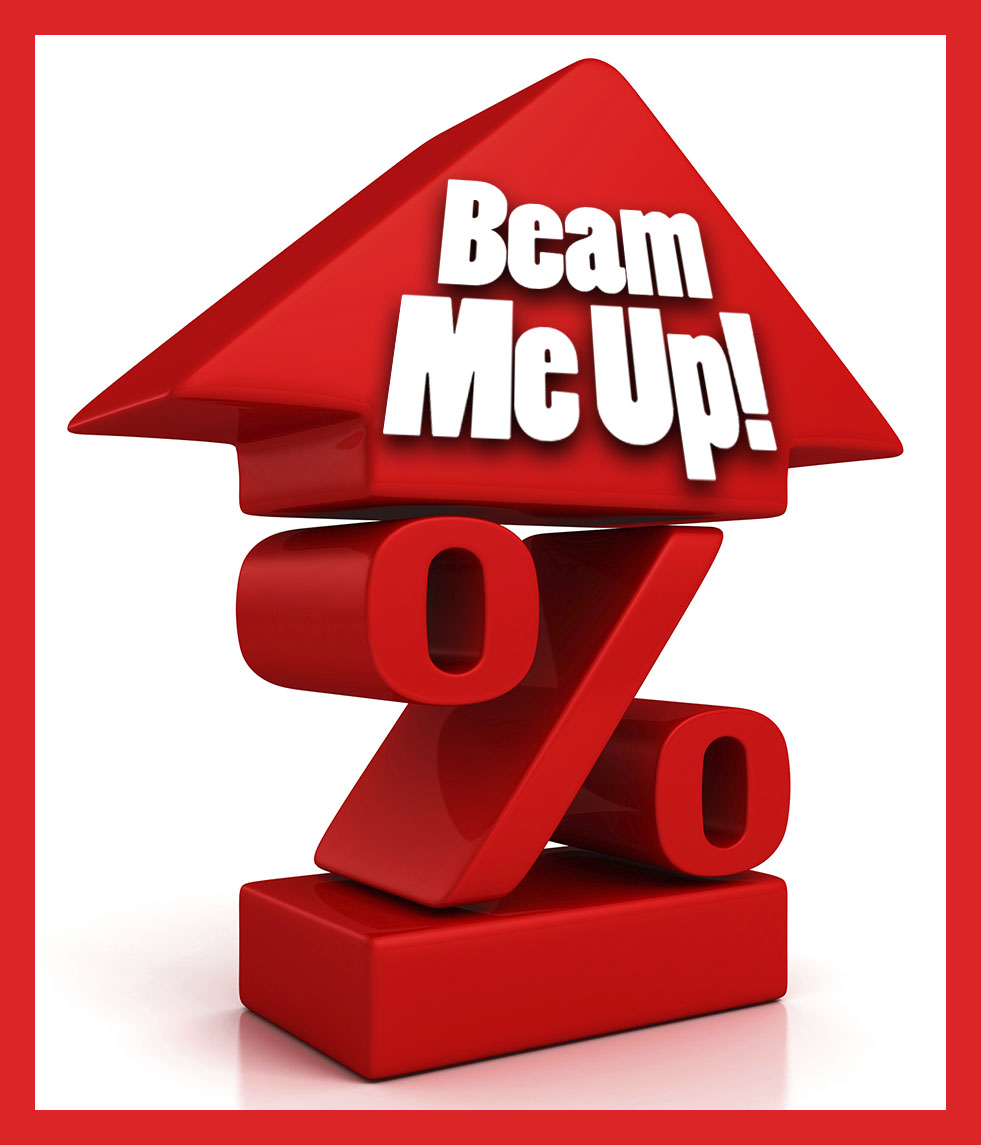 Higher Rates: The Federal Reserve has been chanting like a Gregorian monk that we’ll get a ¼ of 1% interest rate increase any day now. Traders and investors have been fretting about the negative impact that higher financing costs could have on stock prices. CD savers, however, would gleefully welcome a series of large interest rate hikes. Before anyone gets too excited, consider that the Fed always hedges its comments with caveats like, “if economic conditions warrant.” The truth is that economic conditions may not “warrant” anything more than a token interest rate increase for the next decade. More than a few financial experts have suggested that interest increases are not imminent. To the contrary, to keep long-term interest rates lower for longer, some such sages have even suggested that we’ll get some more “quantitative easing” even if the Fed raises short-term rates. The billions of dollars that would instantly materialize in the Fed’s hands (like from a transporter on Star Trek™) would also, conveniently, be used to buy more of our government’s swelling national debt. “Beam me up, Scotty!”

Up and Down: It is certainly possible that the Federal Reserve could boost short-term interest rates by raising the rate it charges to loan money to banks (this is called the Federal fund rate). By the way, this same rate is also used by banks to determine how much they will 1. charge borrowers for short-term forms of debt, like lines of credit and car loans and 2. pay CD holders who are, in effect, loaning money to the banks. And, at the same time, the Fed could execute more quantitative easing to suppress long-term rates. What does all this mean? Interest rate movements are very difficult to predict. And, they may come slowly. There would have to be a whole bunch of ¼-percent increases just to get us back to 5% CD rates.

The prudent investor doesn’t sit on a pile of cash stubbornly waiting for rates to go back up, or put himself/herself in a position to get clobbered by a surprise jump in interest rates or a precipitous stock market drop. Instead, he/she wisely develops a plan that provides: 1. more conservative, less risky investments, 2. a desired level of reliable income, 3. the opportunity for long-term growth that hedges against inflation, and 4. the liquidity needed for emergencies and planned expenditures. Do you have such a plan?