This Is Important to Think about . . .

President Ronald Reagan designated November as National Alzheimer's Disease Awareness Month. It’s a good time to talk about, and plan for, the possibility of cognitive impairment or decline. On a previous PlanStronger™ Radio show, I talked with Terrance Odean, Rudd Family Foundation Professor of Finance, at the University of California at Berkeley. He shared a poignant and heartbreaking personal story about his father, who was a retired school teacher. About seven years ago, his dad fell and sustained a head injury from which he never fully recovered. Being cognitively impaired, and not understanding the gravity of the mistake he was about to make, Terrance’s father canceled his long-term care insurance policy. Two years later, he suffered a severe stroke. The last year of his life was spent in a long-term care facility. I don’t have to tell you the financial consequences of that one misstep. 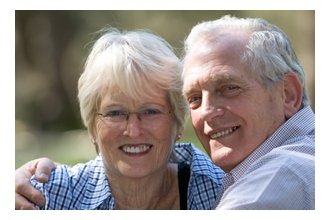 Don’t Wait: We are most vulnerable when cognitive impairment sets in. That means we need to plan ahead for a possible decline in mental acuity and dexterity. A solution for what happened to Terrance’s family would have been to have had a second or third person named for notification in case of past-due premiums or cancellation of the long-term care policy. Terrance would have gladly paid the premiums for his father to avoid the dropped coverage.

Not Simple: Finances are much more complicated now than they were in our grandparents’ day. Think of all the changes in the last 100 years. Did our grandparents have to worry about multiple credit cards and lines of credit, adjustable-rate or balloon mortgages, the complexities of on-line banking, and a multitude of retirement savings accounts and Medicare plans? Terrance’s father was a good example of the simplicity of days-gone-by; he had a teacher’s pension and social security. That was it. There wasn’t an opportunity to make mistakes with those income sources, and yet he canceled an insurance policy at the stage of life when he needed it most. Have to Know: You’ve heard me say it time and again. Both spouses should be involved with the family finances! Although Terrance’s mom was aware of the policy’s cancellation, like many couples of that generation, the husband took care of the bills, so this critical decision was, naturally, his responsibility. The Solution: Have someone you trust look out for your best interests. That person could be a close family member or even your financial adviser.