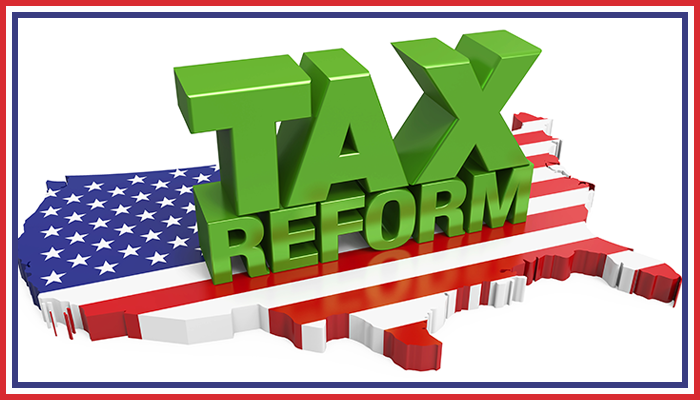 Hello. I’m Steve Tacinelli, CPA and Vice President of Tax Services for Holland Financial. David asked me if I would share a few words with his PlanStronger™ readers regarding the federal income tax overhaul.

I’m sure you know by now that the Tax Cuts and Jobs Act of 2017 passed when it was signed into law by President Trump on December 22, 2017, drastically changing a big chunk of the tax code. I am not going to debate the pros and cons of these changes. Unless you’ve lived in a cave for the last few weeks, you’ve seen enough of that already! It seems, based on numerous reports from non-partisan think tanks (again, we are not here to debate), that the Act will benefit a large portion of the tax-paying public. Many Americans will see their tax bills decrease due to the passage of this law – at least for the foreseeable future.

However, it bears mentioning that one of the original and chief purposes of the push for tax reform was to simplify the tax code and eliminate the complexities encountered when preparing tax returns. In short, taxes were supposed to be easier to understand and complete. I’ve had more than a few clients ask me in the last year, “When are we going to start using postcards” (instead of lengthy and complicated tax forms)? No doubt, they saw politicians waving “tax return postcards” in front of the media’s cameras and shouting about the need for simplified taxes. Although the Tax Cuts and Jobs Act may lower your taxes, does the Act accomplish the goal of simpler taxes? In this respect, there can be no debate; it does not.

One of the more popular ideas to reduce complexity was to decrease the number of tax brackets. For individuals, the old system had seven tax brackets. The new system? Seven tax brackets. It must be noted that these new rates represent an almost across-the-board reduction, but they do not accomplish the goal of simplifying the tax code. Another major change is the doubling of the standard deduction and the elimination of the personal exemption. This exponentially increases the amount of people taking the standard deduction as opposed to tracking and reporting itemized deductions. Simple, right? Not based on the feedback I’ve gotten from my clients. They have questions about medical expenses, real estate taxes, mortgage interest and charitable contributions. The new law did not eliminate these deductions; it just changed the amounts allowed. That doesn’t simplify the process!

This is not an endorsement or condemnation of the new law, just an observation that, if you thought you would be able to file your taxes on a postcard, you might have to wait a little longer. Ironically, the Tax Cuts and Jobs Act of 2017 is not its official name. The law’s official title is The Act to Provide for Reconciliation Pursuant to Titles II and V of the Concurrent Resolution on the Budget for Fiscal Year 2018. The title, alone, would take up half the postcard!