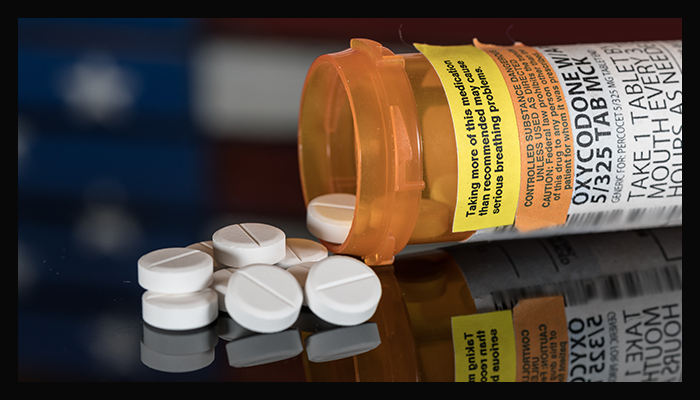 If You’re in This Battle, Tell Your Adviser

There is an epidemic in our country. Maybe the citizens of Volusia and Flagler Counties haven’t experienced it to the same degree as other areas, but we are not immune. You may have heard President Donald Trump mention it during the State of the Union Address. Regrettably, I’m talking about the opioid crisis.

The following drugs are prescription opioids: oxycodone, hydrocodone, morphine and methadone. A synthetic opioid, fentanyl, is much more powerful than the others; it can be prescribed by a physician (often for cancer patients) or can be illegally produced. Heroin is an illegal opioid synthesized from morphine.

I first realized the severity of this problem when I heard the story of a local real estate agent. He had moved to our area from a midwestern, agricultural community. Farming was his life, but he sold all his animals and land. Why? In his town, the drug problem was totally out of control. He recalled trips to the department store where he would see customers plodding slowly through the aisles with glazed eyes – like zombies. Some had tremors or twitched uncontrollably. That sounds like a horror movie but, in that small farm town, it was “real life.”

You’ll be shocked by these statistics from CDC.gov: There were 42,249 opioid deaths in 2016. 42,249! That’s the approximate population of Salem, Massachusetts! 115 people die of overdoses every day (the number of deaths has increased 500% since 1999). The states with the highest rates of death include: West Virginia, Ohio, New Hampshire, Pennsylvania and Kentucky.

The amount of prescription opioids sold to pharmacies, hospitals and doctors’ office nearly quadrupled from 1999-2010. Many addicts aren’t “thugs” or criminals. They can be teachers, accountants, lawyers, and pastors – normal everyday people. They become addicted after being prescribed these drugs for chronic pain, or after injuries or surgeries. If not carefully administered and monitored, addiction can be one of an opioid’s worst side effects.

How does addiction tie in to your money? Consider what retirement looks like for parents who must pay tens of thousands of dollars for treatment and recovery programs for their children (or for themselves). For addicts, the drugs often rob them of their savings (not to mention, their families, friends, jobs, and homes). Some resort to crime to support their addiction. Our tax dollars funnel into government drug programs, and support the users and traffickers who now call jail their “home.”

If there is an addiction problem in your family, please tell your financial planner so he/she can help you take precautions to protect your assets. Obtaining a life insurance policy, for example, could be a smart move. Employing special language in trusts to mandate drug testing of heirs before inheritance distribution, or reserving monies for treatment and recovery, are other options. If you are not open and honest about these issues, however, a trusted adviser can’t be of assistance. There are no easy answers to this crisis, but we can “fight the good fight” with the tools and strategies we have at hand.