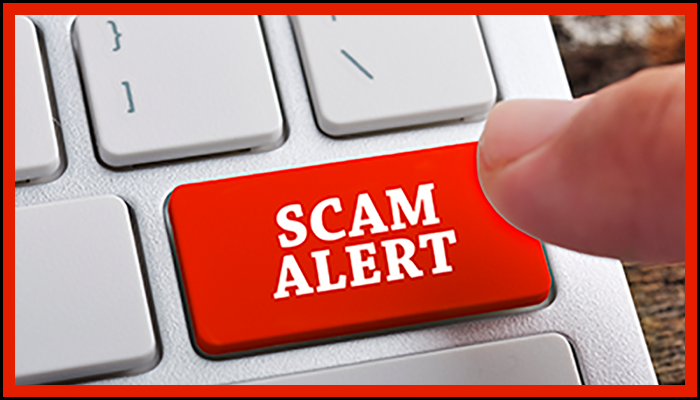 When I started to write this column, it was going to be about the ways relatives can be instrumental in protecting older family members from online financial abuse. But, the more I thought about it, the more I realized it was the responsibility of each one of us to help protect the elder members of our society from fraud, scams, financial manipulation and deception.

A story told to me by one of my employees comes to mind. Years ago, she worked with an older gentleman; we’ll call him “Vic.” Vic loved expensive things, but, to put it bluntly, he was extraordinarily frugal. A “newbie” to the world of computers, Vic discovered a popular Internet auction site full of potential “deals.” He spent hours combing through the listings, deciding, eventually, that he wanted to buy a luxury-brand watch. He found a merchant selling the timepiece he desired, but the seller would only discount the price if Vic were willing to circumvent the established payment system of the Internet auction site. A red flag should have gone up right then and there. For details on the deal, Vic called the merchant, who said he lived in an eastern European country and who spoke with a strong accent. My employee warned Vic that the transaction sounded “shady,” but her warning fell on deaf ears. Vic’s excitement over the perceived “bargain” made him vulnerable. He had conversed with the seller extensively by telephone, so he was convinced that “he was a really good guy.” (With one phone call, the scammer had earned Vic’s trust.) The smooth-talking stranger instructed Vic to wire him $1,400 cash, which he did. (Red flag! Red flag!) Vic then waited patiently, day after day, for a watch that never arrived. Eventually, he called the seller’s overseas phone number. No surprise. The line had been disconnected.

What’s the takeaway from this story? Speak up! Get involved! Even if you might not be successful, make an effort to save someone from what could be a huge financial misstep. You might encourage older friends and relatives to check with you, or another trusted person, before responding to any offer or entering personal information online. Warn them of the dangers, and tell them not to click on links embedded in emails, and not to open documents that are unsolicited or the least bit suspicious. An unfortunate click could even cause a personal computer to be locked and held for ransom! This can happen to anyone, of course, but the elderly tend to be more vulnerable because they can be less tech-savvy and more trusting. Lastly, if the person has a relationship with a financial adviser, encourage a quick call to him/her before executing any substantial financial transaction, especially those made online.