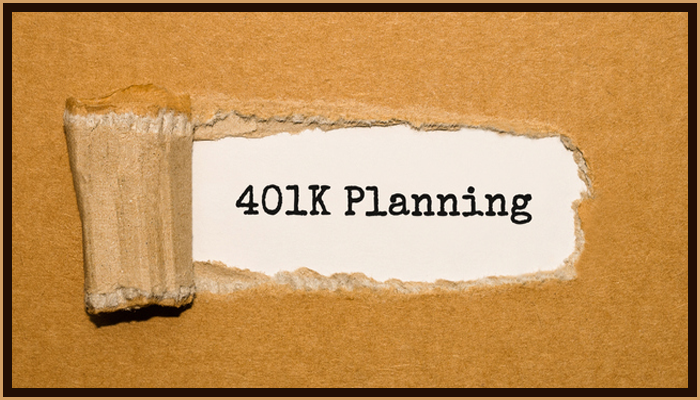 My name is Steve Tacinelli, Vice President of Tax Services for Holland Tax & Accounting. From time to time, David Holland asks me to contribute to the PlanStronger™ column. Today, I’d like to talk about inherited 401(k)s and taxes.

As a result of the decreasing popularity of pensions and the regulatory environment surrounding them, most employers have embraced defined contribution plans like the 401(k), 403(b) and 457(b). According to the American Benefits Council and the U.S. Department of Labor, 94 million workers now participate in 401(k)-type plans and total assets exceed $6.9 trillion!

I recently spoke with a client, “Amy.” Amy was going through the probate process due to the death of her sister, who was in her sixties and single. According to the sister’s will, Amy was the sole beneficiary of her estate. Included in the probate of the estate was a 401(k) valued at $500,000. The probate attorney informed Amy she would be getting the entire 401(k) amount this year and she would owe taxes of about $185,000! Receiving such a large amount in one year would put her in the highest tax bracket of 37%, much higher than her normal tax rate of 12%.

A 401(k) plan, like many other retirement vehicles, can skip the probate process by naming individuals as beneficiaries upon death. However, the sister thought there was no need to have a completed beneficiary form on file, because she left everything to Amy in her will. A costly mistake. Because there was no beneficiary form, the sister’s estate is deemed the beneficiary. This is important for a couple of reasons. First, the probate process is lengthy, cumbersome, expensive and public. Second, and more importantly, naming the estate as beneficiary limits the options of the inheriting individual. When a non-spouse inherits a 401(k), he/she usually has three options: 1. Take the full balance in a single distribution. As Amy found out, this can create a huge tax liability. 2. Take the distribution over five years, spreading the taxes over time and usually at a lower tax rate. 3. Utilize an option known as the “stretch” method, where the balance is rolled over into an “Inherited IRA.” This allows an individual to take annual amounts over his/her life expectancy according to the Required Minimum Distribution (RMD) life expectancy tables. Although all distributions are taxed, and a person can take a higher amount if he or she wishes, an RMD usually will not propel a beneficiary into a higher tax bracket and will be a much lower tax liability than the other options.

While most plans provide all three options to an individual, estates are not individuals. Some plans will allow the five-year option for estates, but because of the administrative burden, most require the lump sum distribution. And the “stretch” is never allowed for an estate, since an estate cannot open an Inherited IRA. Although she was grateful to her sister, proper planning would have given Amy more options and, in time, a much more sizable inheritance.